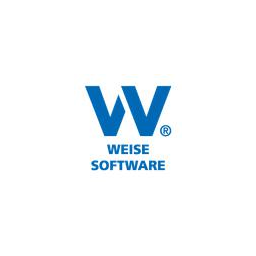 Weise Software GmbH was founded in 1993 as Vordruckverlag Weise GmbH with the aim of distributing forms for architects and civil engineers. The first products included the forms for the building permit procedure in Saxony as well as various other forms. In the years 1993 to 1995, the range of forms was continuously expanded in various areas. In 1996, the forward-looking decision to develop a forms software was made and implemented. Based on our experience in the field of pre-printed forms, a database application was developed and introduced in North Rhine-Westphalia in the same year. The positive reception of this product by our customers led to the further expansion of the software development department and the continuous further development of the forms software. Programme versions were developed for all 16 federal states. A further expansion of the product range took place in 1998 with the development of the electronic collection of laws "Bauordnung-aktuell". This product currently contains more than 1,300 laws, ordinances and guidelines from the federal and state governments and is always kept up to date by us. The establishment of our own software development department in the year 2000 enabled us to flexibly implement our customers' wishes and thus achieve a high added value for the users of our software. Due to the in-house software development, the following new software products could be included: - Software for construction scheduling and resource monitoring - Software for fee calculation and management - Federal Handbook for Awarding Contracts (VHB) - Architectural contracts and RBBau - sample contracts - VOB - sample letters for clients and contractors - VOB/A forms - Cost calculation forms according to DIN 276 - Sample contracts according to HOAI 2009 - Forms software for waste management companies (KrwG-/AbfG - forms) - Software for safety and health protection in accordance with the Construction Site Ordinance - Software for duplicate searches in address databases - Software for the creation of fire protection certificates for all federal states - Software for the creation of fire protection regulations - Software for scheduling - Software for creating construction diaries - Software for enterprise controlling according to PeP-7 - Gantt component for software developers - Software for the creation of escape and rescue plans - Software for image localisation

We currently have no information on the company's branches.

You can now describe your cooperation with the company in a project. Please enter the project details below. After an internal validation we will send you a link for evaluation. Note: You hereby agree that the following data will be displayed within the Lyncronize application as well as on our homepage.